Kyle has worked for Roadways since October 2017.

Previously an Estimator working for a small local builder, Kyle wanted to move on. He was looking for similar roles and had several interviews. He had two job offers, one of which was from Roadways. He chose to work with Roadways as he felt its local stature was a safer choice.

Kyle started as a Junior Estimator. At his previous job, he thought he had been rather thrown into the role without any support and left to get on with it. At Roadways, he has received a raft of training and help to progress. He is now an Estimator / Project Manager.

Currently working on a Chartered Membership Programme with the CIOB (Chartered Institute of Building), he is on his final phase and if accepted, he will become a Chartered Construction Manager, something he would not have been had he stayed on in his previous job. He has received significant support, both financial and professional, from Roadways’ co-owners, James Bailey and Victoria Vasiliauskaite, for which he is enormously grateful.

Kyle says that the flexibility that working for Roadways affords him is one of the best things about being a member of the team. “I can work flexible hours or work from home whenever I want to,” he says, “and with a young family, this is very much appreciated and suits my circumstances well. As long as the work gets done, I’m left alone and trusted to do a good job. You have to be self-motivated and a good team player too.”

Kyle only has good things to say about working for Roadways. He says he has supportive colleagues, and excellent managers and mentors. Should people apply to work with Roadways? “Just go for it!” he adds, “especially young people who want to learn from first class, experienced and professional people.” 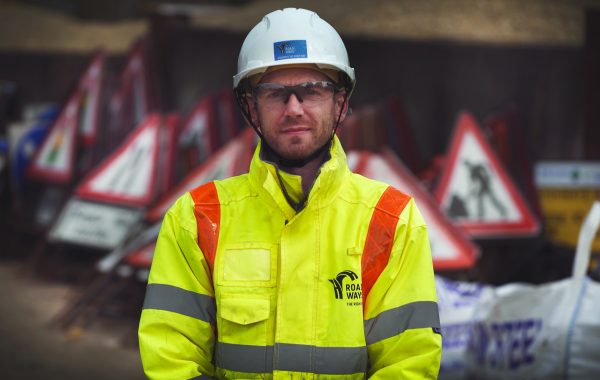